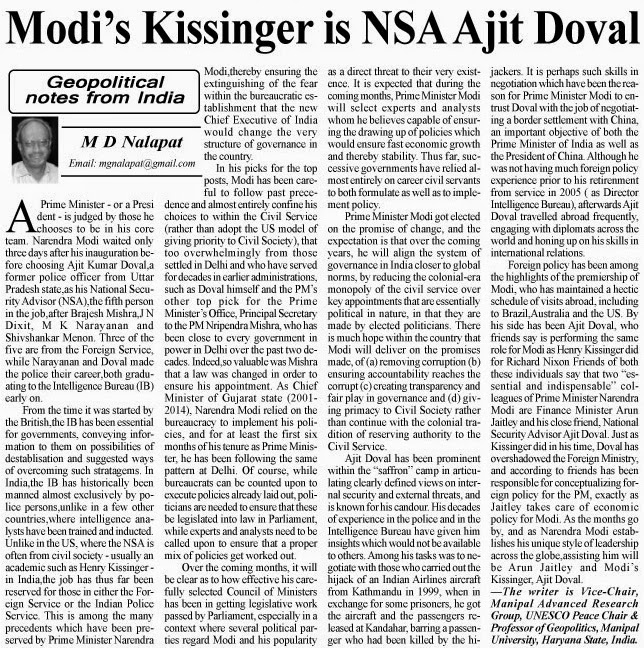 When he visited Washington, among the high points of Prime Minister Narendra Modi's visit was to see the statue of Mahatma Gandhi which is located in front of the embassy of India on Massachusetts Avenue. Recently in Australia, he was beaming with joy when he unveiled a statue of the Mahatma in Brisbane. Clearly, Narendra Modi has intense admiration for the global statesperson hailed as the "Father of the Nation". Thus far, however, many parts of India have made as little progress in their path towards prosperity as did one of Gandhiji's sons, Harilal, who died an anonymous pauper in a hospital bed after a lifetime of failure, apparently ignited by his father's principled refusal to send him for higher studies to the UK. It must be said that the Mahatma never sought to promote any member of his family in any position, moving in a sharply different direction from the nepotism shown by some of his contemporaries, such as Motilal Nehru, whose promotion of son Jawaharlal bore fruit, especially when the Mahatma himself saw to it that the younger Nehru rose steadily within the Congress party, until he was nominated as the country's first Prime Minister by Gandhiji, who openly claimed that Nehru would, after he himself was gone, "speak his language".