An upsurge of Wahabbis confront the “Sabahis” (Gateway House)


http://www.gatewayhouse.in/an-upsurge-of-wahabbis-confront-the-sabahis/
Posted by Admin at 14:37 No comments:

For Modi, North Block is what will matter in 2019 (Sunday Guardian)

‘Sonia Gandhi was godmother of 66A’ (Sunday Guardian)

Who was responsible for the abomination referred to as Section 66A of a revised Information Technology Act which itself has features which belong less to a democracy than to an authoritarian state? It took Justices Chelameshvar and Nariman of the Supreme Court of India to move the legal system in India closer to what it ought to be in a country which claims to be a democracy. A 24-year-old lawyer, Shreya Singhal was the trigger behind the challenge to the Act in the Supreme Court. For after all, it is the young who have the most to lose unless the shackles of the colonial legal and administrative system carefully preserved by Jawaharlal Nehru and his successors gets scrapped and replaced with methods and laws valid for the 21st century. The Information Technology Act 2000 was replaced by an amended version passed without discussion in both Houses of Parliament on December 23 and 24, 2008, coming into force ten months later. It is not coincidental that it is after the amended version has come into force that this country's advantage in Information Technology has been severely challenged by other countries, including the Philippines. The amended Act made any internet-related activity operating out of India a hazardous occupation, because of the ease with which both service providers as well as users of the worldwide web can get tossed into jail, in effect at the whim of an official or the political, commercial or other individual controlling the decisions of such a functionary.
Posted by Admin at 11:45 No comments: 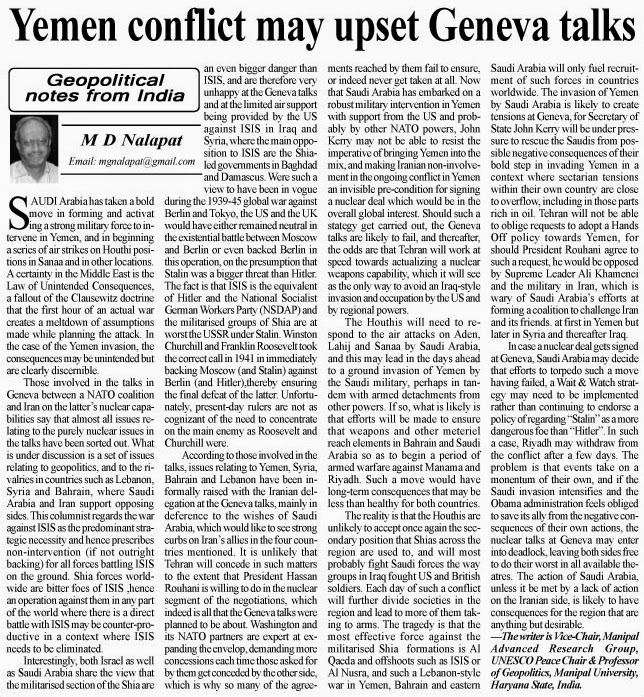