Catalonia not threat but an opportunity to EU ( Sunday Guardian)

Were Spain as well as Catalonia both EU members, Spanish citizens can live, work and settle in Catalonia and vice-versa. Independence would be minimally disruptive. 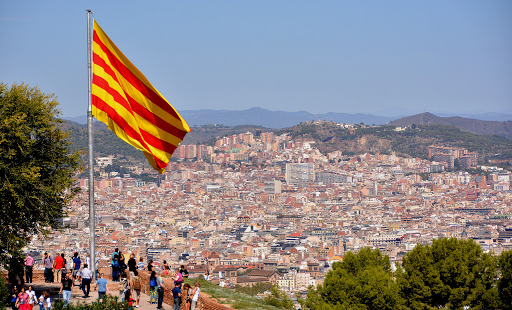 The European Union contains in its functioning a few imperfections, among them being the dominance of large countries in the determination of much of policy. This in a group that prides itself on its members being equal. A single country and a single leader, Angela Merkel in Germany, steamrolled the approval by the EU of an investment treaty with China. More than any other major power, that country has been adept in tweaking rules so as to comply in form while going against them in substance. Despite its being the world’s second largest economy, the PRC continues to hold on to the concessions that are made available by wealthier nations to the under-developed world. Nothing in the WTO has prevented Beijing from effectively blocking pharma and much of information technology imports from India, even while it ensured through its agents that the world’s biggest democracy became dependent on the world’s only authoritarian superpower for the feedstock needed to turn out low-cost pharmaceuticals for the world. Any ruling by an international tribunal that does not go the PRC way is simply ignored, as was the 2016 decision by the International Court of Arbitration in favour of Manila in the case of Scarborough Shoals, which Beijing took over from the Philippines with scarcely a sigh from President Obama. In the field of data, while Indian software companies are yet to be given a foothold in sales to the state sector, meta data gets funnelled out of India to feed into the Artificial Intelligence systems that are operational in the PRC. As for that country’s state-owned enterprises, rather than buy directly from Indian software companies the way many foreign companies operating in China do, they source their requirements from European companies that recycle what they bought from India and sell at a markup to the Chinese. Both Australia and Japan will have cause to regret their joining the RCEP, just as the US has understood its own economic losses as a consequence of the welcome into the WTO extended by President Clinton to the PRC. President Joe Biden continues longstanding US policy in pharma, preventing Indian vaccine manufacturers from accessing essential feedstock from the US. Epidemics start anywhere and spread everywhere, and Biden denying poorer countries low cost Covid-19 vaccines from India may cause yet another wave of an epidemic that has damaged the globe more than several wars have in the past, including through loss of life.
The primary benefit of the structure of the EU is that it permits the expression of regional diversity through its policy that the citizen of any EU country is welcome to live and work anywhere in that group. In the UK, a sensible policy after Brexit would be to allow Northern Ireland and Scotland to have open borders with the EU. These two windows into and out of the EU would serve as a safety valve, preventing the clogging up of logistical arteries from the EU to the UK even while retaining for Britain the extra rights that Brexit has brought. In Spain, much of the population of Catalonia would like to free their territory from the control of Madrid. Rather than oppose membership of the EU, the leaders of the Catalan freedom movement should embrace such membership, for the reason that it would then be illogical for Madrid to oppose independence for Barcelona. Were Spain as well as Catalonia both EU members, Spanish citizens can live, work and settle in Catalonia and vice-versa. Independence would be minimally disruptive. In other European countries as well, some provinces seem restless within nominally federal but significantly unitary countries. An example is Bavaria in Germany, which has long been out of step with some of the provinces to its northwest. In Spain, seeking to snuff out a powerful movement for cultural and linguistic autonomy in Catalonia through the use of police methods should not be attempted, especially in Europe. This is a continent that has suffered much as a consequence of internecine conflict during the previous century. Denial of the freedom of Catalans to determine their own future makes a mockery of the very foundation of the EU, which is equal rights (including presumably of self-determination) for all. Election results in Catalonia, despite a substantial portion of the voters being from other parts of Spain, indicate that a majority of the Catalan people favour independence from Spain in view of their distinctive traditions, customs, language and culture. Keeping the lid on such desires through the enforcement of federal law may create the conditions for an Ulster-style uprising that would be against the interest of Spain.
The EU can set an example to the world in its tolerance for the freedom of its peoples to decide on the limits of self-determination whichever the country they belong to. Should an independent Catalonia remain within the EU together with Spain, the two together may progress both economically and societally much more than is the case at present, with Barcelona resenting the control of Madrid over so much of its destiny.
Catalonia not threat but an opportunity to EU - The Sunday Guardian Live
Posted by Admin at 11:26