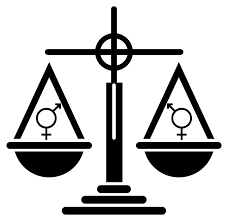 Given the diversity and complexity of Sanatan Dharma and its nearly 1.5 billion practitioners, it is incomprehensible how the presumed tenets of Manu have been accepted as gospel for adherents of a uniquely tolerant faith.

On 12 March, the Times of India edition at Mangalore carried an item about women priests and qazis defying centuries of patriarchy and gaining more and more acceptance within society. To decree that women cannot be ordained as priests is to imply that they are “children of a lesser god”, a proposition that is absurd. In this context, it was a welcome move by Pope Francis to change church law in such a manner that women were permitted to do more of the tasks during Mass that men perform. The expectation is that the time will come (possibly during the time of the present Pontiff) when women will be ordained as priests in the Catholic church in the manner that they are in some of the other branches of the Christian faith. Another significant set of reforms is being carried out by an unlikely leader, Crown Prince Mohammad bin Salman of the Kingdom of Saudi Arabia (KSA), who has become the first member of the Al Saud dynasty to repudiate Wahhabism and seek to anchor Saudi Arabia in the moderate faith that represents the fundamental tenets of Islam more accurately. Recently, the Crown Prince has through the patriarchy of the past three centuries of Wahhabism and admitted women to perform several of the tasks carried out in Medina and Mecca, a first for the kingdom. Slowly, restraints on women are being eased, and while progress may seem slow to some on the outside, inside Saudi Arabia they have come across as welcome and much needed changes in a country. In Saudi Arabia, the population is predominantly young and whose leaders are aware that the clock of obsolescence is ticking where the use of fossil fuels is concerned. Certainly, there have been setbacks, as for example through the (later in his term) errors of President Donald J. Trump, when he sacrificed the Kurds to Erdogan or surrendered to the Taliban, forcing the elected government in Kabul join him in such a capitulation. Overall, however, despite the shrill sounds coming from the extreme fringe, the moderate, modern majority in each of the great faiths is asserting itself. Through this, they seek to reclaim ground lost in the past to less tolerant, more exclusivist, elements.

Given the diversity and complexity of Sanatan Dharma and its nearly 1.5 billion practitioners, including several closet adherents in the West, it is incomprehensible how the presumed tenets of Manu have been accepted as gospel for adherents of a uniquely tolerant faith. In his teachings (as understood), a woman has to obey her father in her youth, her husband in middle age and her son in old age. Despite having been told by our former colonial masters that such teachings were “authentic and representative” of Sanatan Dharma, fewer and fewer women are taking such paternalistic opinions seriously. If what the rule maker is said to have written about women is true, Manu must have lost his mother as an infant and never had a spouse or a sister, much less a daughter. Had he been more fortunate, he would have better understood the fact that women are not just the equal of men, but are in many ways better than the latter. Which is why it is welcome that even a casual inspection of social media posts reveals hundreds of women who are priests and a smaller number who are qazis. Or who conduct marriages even within some of the denominations of the Christian faith. There are over 600 women who are Hindu priests in Maharashtra alone, although as of now, only around 30 Muslim qazis, according to the newspaper report mentioned earlier. May that number increase manifold each year with the addition of more reformist religious schools that break away from the fossilized practices and teachings of all too many religious institutions that seem not to notice that India is in the 21st century and not the 19th. This is not to say that there ought not to be places of worship where only those of a particular gender visit or serve, but these need to be the exception rather than the norm.

That gender or ethnicity plays an ugly role in mindsets across the world was shown recently at Oxford University, where a talented young lady, Rashmi Samant, was trolled out of the Presidentship of the Oxford Students’ Union by a cabal of Sinic supporters of the Communist Party of China (CPC), the Corbyn wing of the Labour Party, India-phobes from Pakistan and a few of what may be described as Triple H, or “Hindu Hating Hindus”. The CPC enthusiasts disliked the fact that Rashmi was Indian, while India-phobes from parts of the subcontinent found fault with her being Hindu. The Corbynites disliked the fact that it was an Indian and not a PRC or Pakistani woman who was been elected (by 1966 out of 3708) students over her rivals. Should Rashmi Sawant, the elected president of the Oxford Students’ Union, not be brought back after the verbal lynching that she was subjected to, that would remain a stain on the reputation of a once venerated university.